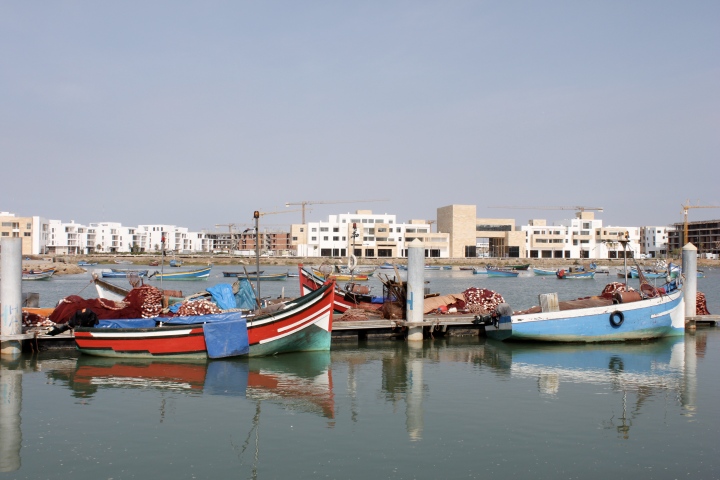 I’ve been in Rabat for already 2 weeks and I haven’t been further than the ramparts of the medina. So Lisa (my volunteering partner) and I decided to stay in the capital this weekend and explore the surroundings.

I can’t believe I haven’t left the medina. All this time I had the ocean right nearby! We followed the seawall towards the Tour Hassan. It was a nice change to be out of the everyday chaos and finally have quietness and open space ahead of us. 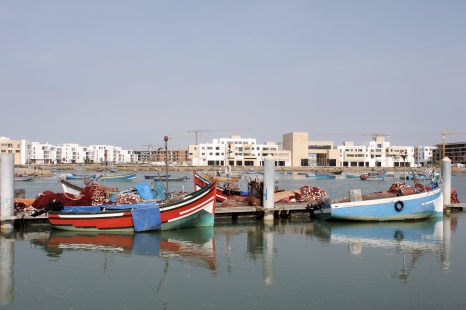 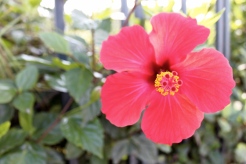 Started in 1195, the Tour Hassan was intended to be the largest minaret in the world as well as the mosque beside it. It was stopped when its builder died in 1199. This incomplete tower made of red sandstone reaches 44m, about half of the intended 86m height. 200 columns are still erected between the minaret and mosque, making great shade breaks for visitors. 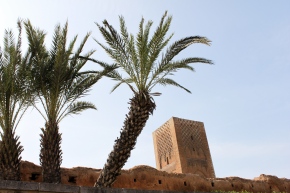 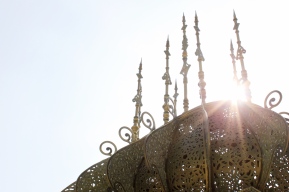 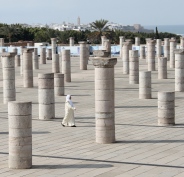 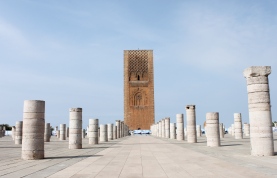 The temptation of stopping for a homemade ice cream couldn’t be resisted as we passed a French café on the way back. Lisa splurged on a caramel, vanilla and  nougatine trio. I also opted for nougatine, then added strawberry sorbet and ferrero rocher. These frozen scoops melted their way in a happy-me. This Europpean delicacy was comforting and very much appreciated. 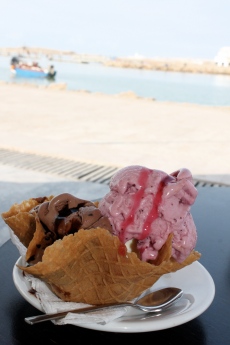 We glimpsed at kids pushing each other in the cold water. The brave ones attempted back flips and big stunts, at a hope to get an applause from the audience. I admired the couples walking slowly on the pathway, holding hands, contemplating the orange colours of the setting sun reflecting on the pink Kasbah. 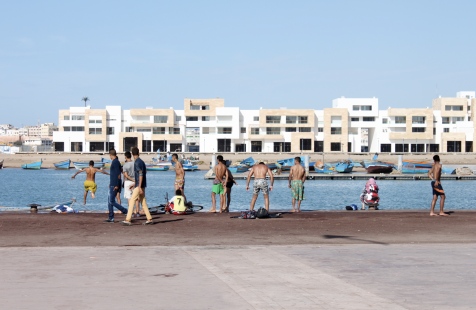 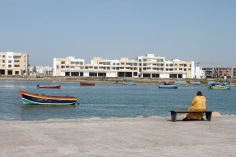 Just at the end of the seawall, at the mouth of the Bou Regreg river is located the Kasbah of the Udayas. An old kasbah build during the reign of the Almohads. It has been deserted since AH 595/AD1199. 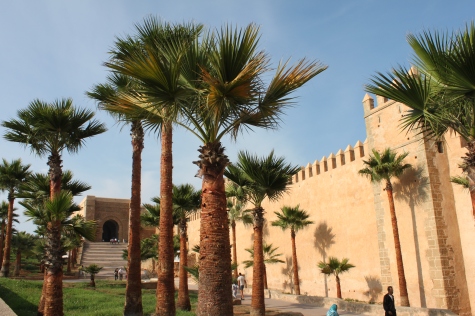 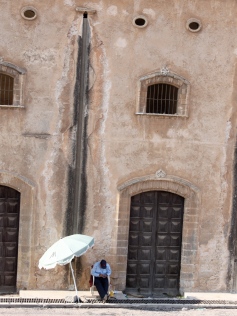 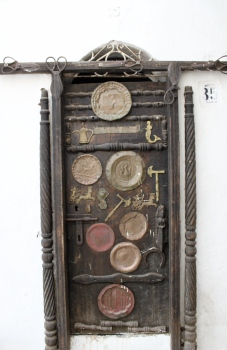 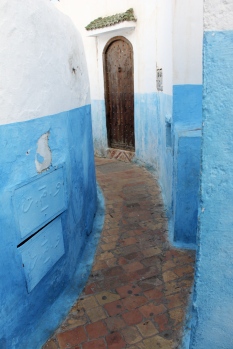 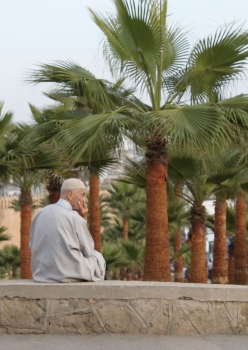 A night in the waterfront

We met up with two of Lisa’s friends who’ve been travelling around and volunteering in South Africa. They came to meet up with her while passing through Morocco. We placed a rendez-vous at Le Dhow, a beautiful traditional sailboat that is now used as a lounge-restaurant. Mariah, a girl from our volunteer program also tagged along. It was refreshing to engage conversations with common subjects and interest with people from similar places. It was always a nice break for them to finally express themselves in a most common language. So there we were, vagabonds of the earth, meeting and sharing travel stories on an old wooden sailboat under the shimmering stars. As the full moon raised up in the dark sky, we cheered our taboo cocktails. An other beautiful African night. 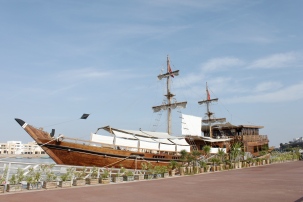 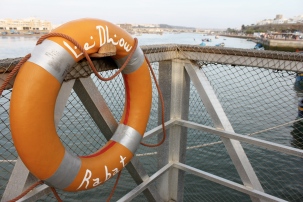 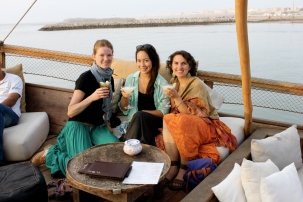 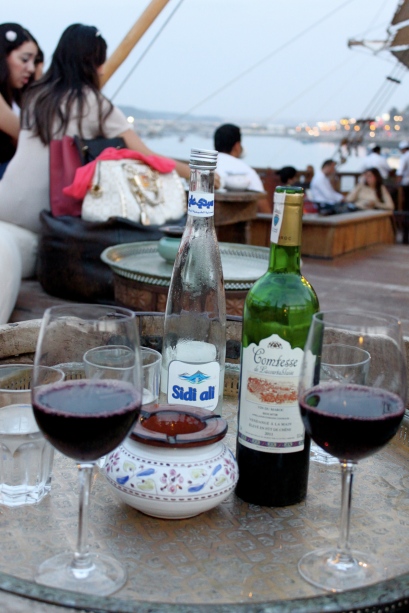 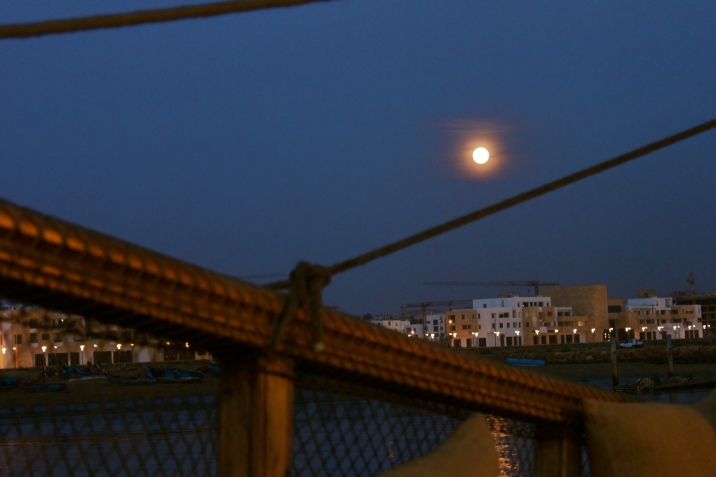 We coulnd’t go back without jumping in the go carts. Each aboard a small car, we raced towards each other, bumping in one, crashing in the other. 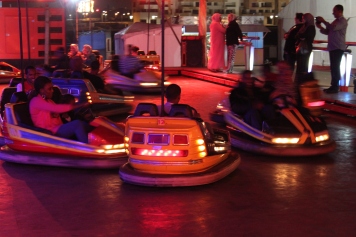 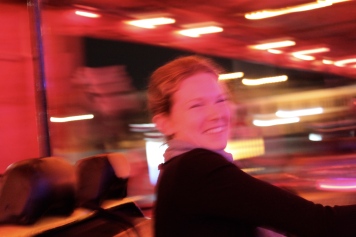 If you have the munchies, there are a few independent stands selling a variety of snacks. Almonds, dates and cashews are inevitable to find. If you have a sweet tooth, follow the smell of cotton candy getting rolled and find the man with a stand on his bicycle also selling sticky apples on sticks. 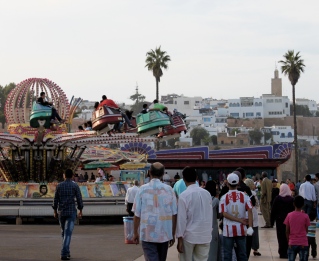 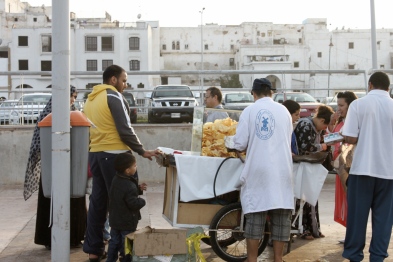 The next day we walked along Rabat Beach. A numerous amount of amateur surfers tempted the white washes. The beach was busy with kids playing football, family gatherings, couple romancing. The mark of the tide came obvious with all the garbage washed ashore from the Atlantic. 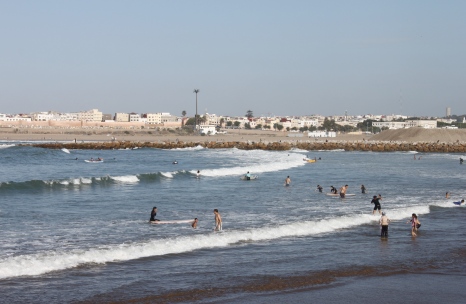 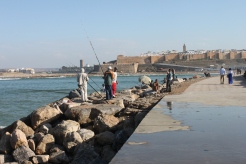 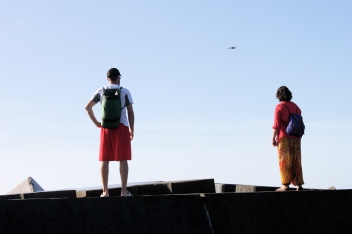 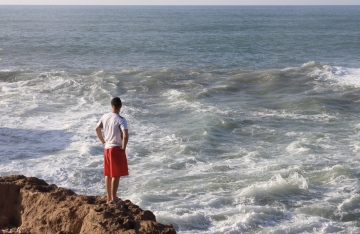 At night, we ventured into a dark, smoky and dodgy bar near the train station. Lisa and I immediately stuck out as being the only females to appear in such a masculine environment. However, a couple of ladies were found upstairs, their bright red lips sucking on a cigarette, with the other hand holding a cocktail.

Meeting Dan and Chris was an inspiring encounter. Their project is amazing and I wish them the best. You can follow their work and journey by clicking on these links:

3 thoughts on “Rabat: Exploring the Neighbourhood” 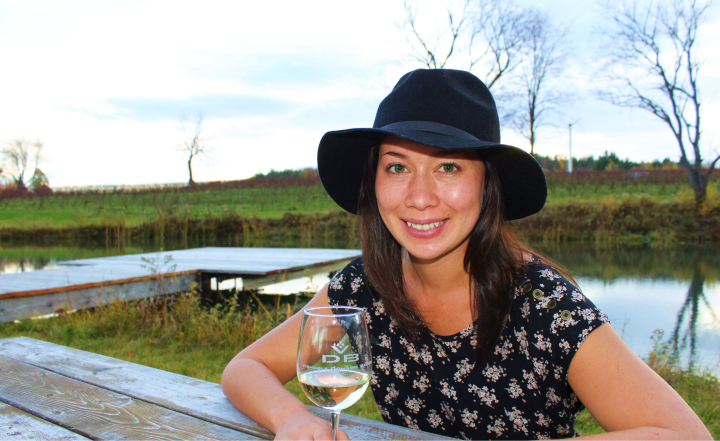